DemoLab is an innovative art & education initiative launched in 2018. In the framework of the two-year project, creative and self-organised workshops (DemoLabs) were formed in 8 Hungarian secondary schools through the equal participation of students, teachers and artists. These labs serve as platforms for autonomous research, constructive debate and collective creation. Students work on a topic of their own choice while experiencing the power of democratic debate and the responsibility of self-organisation. During the semester, they realise smaller-scale projects, visit other workshops, participate in inspiring cultural events and collaborate with additional experts and artists. The process culminates in a weeklong summer camp with the intense creative collaboration of all participants. Here, student groups give form to the results of their research and experimentation, creating works with the risograph printer (magazines, posters) or videos, photographs, exhibitions etc. that they also present at 3 locations of their choice during the autumn.

The project’s mid-term goal to develop a network out of the 8 DemoLabs and thus lay the ground for a creative community has just been realised in the form of a ‘Student Press’. As one of the cornerstones of the project, the establishment of a small risograph-based publishing house run by the students themselves, allows participants to create their own publications. Based on the methodology of the Tanközlöny educational initiative (2015/2016), the project follows the pedagogical principles of French reformist pedagogue Célestin Freinet (1896‒1966).

The project is exclusively funded by the United Nations Democracy Fund (UNDEF) and implemented by the Foundation for Democratic Youth (DIA) in cooperation with the Tanközlöny group and the Independent Student Parliament of Hungary (FDP).

DemoLab is a two-year project with a focus on secondary school students, contemporary art, communal learning and the development of skills necessary for the 21st century. The program is realised by the DIA and exclusively funded by the UN Democracy Fund.

Rita GalambosEducation Consultant, CEO
Rita, who is responsible for the project’s professional supervision, has been the director of the Foundation for Democratic Youth for over 10 years. During this time period, the foundation has undergone some notable changes, developing from a youth organisation into an acknowledged professional body. This is not Rita’s first organisational leadership position: she was director of the Civil Education Project Hungary for over a decade, where she got her first glimpse into international development and the culture of volunteering. She was a founder and a driving force behind the Hungarian Freinet Foundation, established in the late 1990s, which played a significant role in disseminating the work of the French educational reformer and translating his works into Hungarian. Freinet’s pedagogical principles have made an impact on Rita’s entire career, during which she developed French teaching materials for schools and special courses in French, contributed to a module of the competence-based learning program, was co-author of the reflection paper for the national strategy on global responsibility education, as well as translator and co-editor of numerous books on pedagogy. She is a trainer, coach and organisational developer, who is most proud of her innumerable successful projects with a diverse array of professional groups. She spends a lot of time in nature, enjoys trekking and seaside meditation.

Gergely László Artistic Consultant
Gergő is a Berlin-based artist (b. 1979) and member of the Technica Schweiz collective (www.technicaschweiz.com), founded by him and Péter Rákosi (b. 1971) in 2005. They have exhibited regularly at Hungarian and international venues, including the 21 Haus (Vienna), the acb Gallery (Budapest), the Ernst Museum (Budapest), the ISCP (New York), the Jewish Museum (New York), the Kunsthaus (Dresden), the Ludwig Museum (Budapest), the Kunsthalle (Budapest), the NBK (Berlin), the Rennes Biennale (Rennes), the Secession (Vienna) and the ZKM (Karlsruhe). The artists are represented by the acb Gallery. Gergő is one of the initiators of the Tanközlöny educational project. 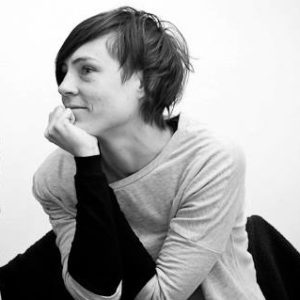 Virág Major Artistic Director
Virág is an independent curator and cultural manager based in Berlin. She has worked internationally in the field of visual arts, from gallery assistance in contemporary galleries, through project management for the Contemporary Architecture Center in Budapest and an inspiring year working for the Curatorial Department of dOCUMENTA(13), to her latest position as Cultural Manager of the Vasarely Museum – Museum of Fine Arts in Budapest. In her projects her interests lay in (art) education, developing empowering, non-formal formats for learning, as well as participative, processual and socially-engaged approaches. Especially passionate about artistic strategies engaged in agriculture and subsistence, she edited the publication Reap and Sow (https://issuu.com/katarina_sevic/docs/reap_sow_web) interlinking agricultural art practices and utopian thinking. Her current projects are the ART MATTERS, which looks at artistic practices in post-migrant societies and The School of Free Printing, a non-formal artistic educational project in Hungary based on methods developed by reformist pedagogue Célestin Freinet. She is representative and board member of the Robert Bosch Cultural Managers Network and pursues her postgradual studies in curating at the Academy of Fine Arts in Leipzig.

Emese VáradiArt Education Consultant
Emese is currently a teacher at the Karinthy Frigyes Bilingual Secondary School. She explores the frontiers of visual education in her daily pedagogical work. She developed the complex visual education program Képzeletműhely (Imagination Workshop) for primary school children, realised in the framework of an EU project with the cooperation of her colleagues in several schools of the South-Budapest region. Her long-term goal is to encourage teenagers’ interest in contemporary art and nourish their creative aspirations. One outcome of this mission is the foundation of a group comprised of students and artists, active in creating works in line with the themes proposed by the school’s international projects for four years now. In 2016/17, following the self-organised, democratic pedagogical principles of Freinet, Emese was mentor of the Tanközlöny and PlayUtopia projects, in which she worked closely with student groups, analysing the educational and social apparatuses and summarising their conclusions and experiences in the form of a publication.

Zsolt Szarvas Communication Consultant
Zsolt is a journalist as well as a teacher of history and public education, currently working in the media. After teaching in primary and secondary schools for 10 years, following the regime change, he became an editor and internal affairs columnist at Magyar Hírlap (Hungarian Daily). In 2002, he began working as a content development director for the youth culture portal egyszervolt.hu. As project manager, he has coordinated the work of numerous cultural and educational projects funded by the European Union, primarily in the fields of visual education and digital curriculum development. He has also fulfilled communication-oriented tasks at several municipal and governmental bodies.

Orsolya Lencse-Csik Project Manager
Orsi is the founder and professional head of ‘Közterem’ (Public Space), a team building program for school classes aimed at forging them into real teams alongside with improving their social skills. Besides that she is a volunteer at Igazgyöngy Foundation’s Toldi Special School, where she attends to disadvantaged children. Here, amongst other things, she organises team building projects and debate club and now she’s working together with others on a school municipality. She learnt everything at ELTE Pedagogy and Psychology Department which was connected to education studies up to obtaining her PhD degree than went on to work as an assistant lecturer. The best part of it for her was working together with students majoring in education and psychology, so teaching. These 3+1 field and activity gave her diverse experience, let it be realising projects or evaluating organisation climate. Nevertheless, her favourite activity is being a trainer, especially of young people. In the DemoLab project she makes use of this knowledge while her long-held dream to be part of a Freinet-pedagogy project has also been realised. This way she can finally experience in-person the working of such. She has a 2-year old daughter Franciska who has just started nursery. She enjoys reading, watching old photos, videos, ads and being lost in the past altogether.

Réka HeszterényiIntern
Réka used to be an International Baccalaureate student at Karinthy Frigyes Secondary School where, as part of the first generation of Tanközlöny, she experienced democratic self-organisation and alternative forms of studying. From setting up the school newspaper to taking active part in MUN conferences (especially in the Human Rights Council) she always liked to keep busy. DemoLab’s summer camp and her ambition to make a change led her to DIA as an intern, where she tries enthusiastically to balance between DemoLab’s assignments and the challenges of university. She relaxes with a big cup of coffee, good book or exciting TV series.